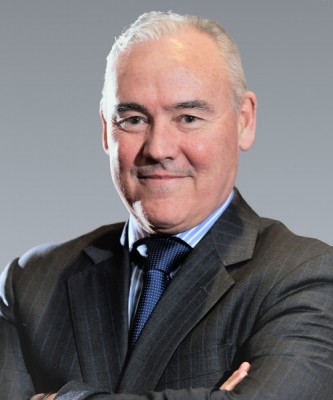 Eamonn Ferrin was appointed as Vice President of International Business in June 2021. He is overseeing the company's international sales teams across the Company's eleven offices outside of North America. In his previous role as Vice President and Managing Director of Norwegian Cruise Line for UK, Ireland, Israel, South Africa and the Middle East, he was responsible for Sales, Marketing, Public Relations and Office Operations for the company's largest international region and fastest emerging markets.

From February 2013 to May 2016, Eamonn was president and chief operating officer at Air Canada Vacations (ACV), where he oversaw the daily business operations, and was instrumental in the company achieving record operating profits and, in supporting the growth of the company's new leisure focused airline, Air Canada Rouge. From November 2009 to October 2012, Eamonn served as managing director at the Hotel Breaks Division at Holidaybreak Plc, where he supported Cox & Kings Ltd's acquisition of Holidaybreak Plc in 2011. Before that, he held various C-Suite and senior leadership roles within the travel and hospitality sector, mostly as part of the MyTravel Group, including president and chief operating officer at Sunquest Vacations (Canada), managing director at BCT Travel Group, and product and commercial director and head of sales and marketing at Airtours (UK) where he began his travel industry career after 10 years in previous non-travel sector roles.