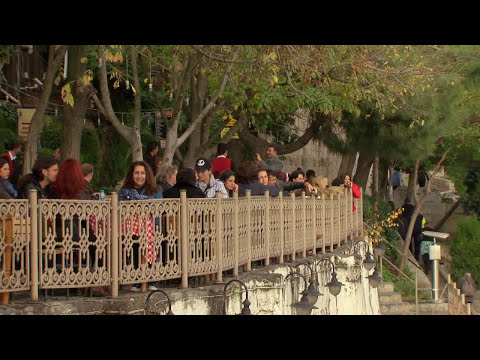 Explore some of the treasures that the one-day visitor to Istanbul usually misses, and do this in the company of a small group. Visit Suleymaniye Mosque, an important historical symbol for the Turks. It represents the best of the arts with the most powerful of political strength. The mosque is a huge complex built above the Golden Horn during the peak of the Ottoman Empire. At the time of its construction, it boasted the highest dome when measured from sea level, even though from its base it is smaller than Hagia Sophia’s. After years of careful restorations, the mosque was re-opened to visitors in 2010, although some restoration work is still going on in the courtyards. The acoustics are among some of the most distinctive features of the structure that was built not only as a place of worship, but also as a charitable organization. Its interior decorations are of simple design and subtle elegance, giving it a feeling of light and openness. Suleyman the Magnificent rests in the complex’s garden.


Next stop is the Chora Museum, located just by the ancient city walls. Built between 1077 and 1081 by Maria Dukaina, the mother-in-law of Emperor Alexius Comnenus, it has had many restorations and refurbishments during its long history. The church was converted into a Mosque in the 1500s by the Ottomans. The mosaics and frescoes that adorn its ceilings and walls date from the early 14th century and depict the lives of the Virgin Mary and Jesus Christ, serving as beautiful examples of the Byzantine Renaissance. Before returning to the pier, you’ll stop at Pierre Loti, a popular café overlooking the Golden Horn, for a tea break. The café is known for its beautiful views and was named after a French writer and sailor who used to spend time there, contemplating the city he loved so much and inspired his first book Aziyade. A stop will be made at the spice market, where you'll see and smell the exotic products of mystical Istanbul.

Note: This tour is conducted in small groups and requires a minimum number of participants to operate. Please expect differences in tour durations due to traffic conditions. Participants are required to remove their shoes in order to enter the mosque and are provided with an environmentally friendly bag to store them. As this tour visits places of worship, please dress respectfully: no bare shoulders or exposed knees. Should the Suleymaniye Mosque be closed to visitors due to religious festivities, you’ll visit another historical mosque. There is approximately 1 3/4 miles of walking over uneven surfaces and some inclines on this tour. This tour will be subject to national and religious festive days due to the closure of the sites and venues during the month of Ramadan including the Festival Period of Ramadan. This tour does not operate on Wednesdays, as the Chora Museum is closed.