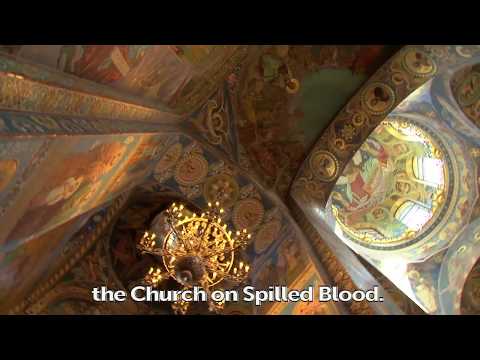 This special tour is designed for guests who would like to look at the city from a different perspective. Learn about the tragic death of one of the most mysterious figures in Russian history - Grigory Rasputin. Witness one of St. Petersburg’s masterpieces, also surrounded by the mystery of murder, the amazing Cathedral of Our Savior on Spilled Blood. Your coach will bring you to the pier in the city center, where you’ll start your fascinating journey through the rivers and canals of St. Petersburg with views of squares, monuments and palaces. After an hour of touring the waterways, you’ll arrive near Yusupov Palace, to discover an intriguing story about the palace, its owners and the dramatic events which ended the life of the famous favorite of the Romanovs.


The palace located on the banks of the Moika River and is one of 57 palaces in Russia, four of which are in St. Petersburg and were owned by Felix Yusupov – often said to be almost as wealthy as the Tsar himself. This palace was Yusupov’s favorite and exemplifies his wealth and eccentric style. Among the palace's treasures are French tapestries and porcelain, Venetian mirrors and woodcarvings. It was here in 1916 that the notorious Grigory Rasputin was assassinated. The tour will take you through the rooms of the palace and you’ll see the very place where Felix Yusupov and his accomplices assassinated Grigory Rasputin. After lunch at a nearby restaurant, you’ll visit the magnificent Cathedral on Spilled Blood.


This marvelous old Russian-style church was built on the spot where Emperor Alexander II was assassinated on March 1, 1881. Built in 1883-1907, the church was designed in the spirit of 16th and 17th century Russian architecture, inspired particularly by St. Basil's Cathedral in Red Square, Moscow. With its distinctive cupolas, the Muscovy design is unique to St. Petersburg and provides a dramatic contrast to the Neo-Classical architecture which dominates the city center. The interior of the church, a memorial to the late Emperor Alexander II, is decorated with different marbles and several thousand square yards of mosaics. The Cathedral of Resurrection, as it is also called, is the only surviving monument to Alexander II in the city.

Note: This tour is not recommended for persons with walking or climbing difficulties. Expect congestion and waiting at attractions. Tour order may vary. Venues are not wheelchair accessible.Please note that from June 1st through July 31st, the visit of the Spilled Blood Cathedral will be replaced with St. Isaac's Cathedral.