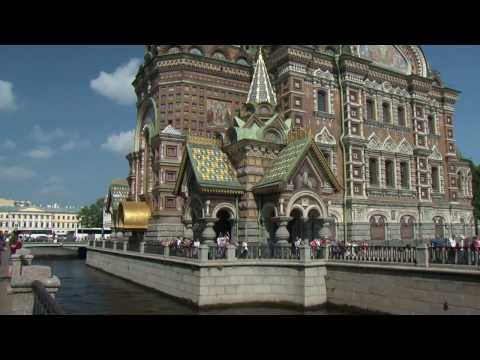 The Hermitage Museum ranks among the most prestigious museums in the world, containing about three million objects of unparalleled importance. The route takes you through the State Rooms of the Winter Palace, the collection of Western European art featuring Leonardo da Vinci, Raphael, Titian and others, Dutch and Flemish Art collections, including masterpieces by Rembrandt, Rubens and Van Dyck. You’ll see the collection of Spanish art, second only to Madrid’s Prado.


From the Hermitage, your coach proceeds to drive towards one of the main landmarks of St. Petersburg – the Church on Spilled Blood. This exquisitely decorated cathedral was built on the spot where Tsar Alexander II was fatally wounded by a member of the People’s Will revolutionary terrorist organization on March I, 1881. Combining the artistic styles of the 15th, 16th and 17th centuries, the cathedral is a kaleidoscope of decorative elements, with an extensive collection of mosaics that cover over 8,400 square yards, and five domes that are covered with more than 1,000 square yards of jeweler’s enamel. You'll also have some free time for shopping on this tour.

Note: This tour is not recommended for persons with walking or climbing difficulties. There is extensive walking between different parts of the Hermitage and staircases. Expect congestion and waiting at attractions. Flash photography is prohibited in the Hermitage.


You will enjoy the privilege of entering the Museum before the official opening time. Please note that from June 1st through July 31st, the visit of the Spilled Blood Cathedral will be replaced with St. Isaac's Cathedral.