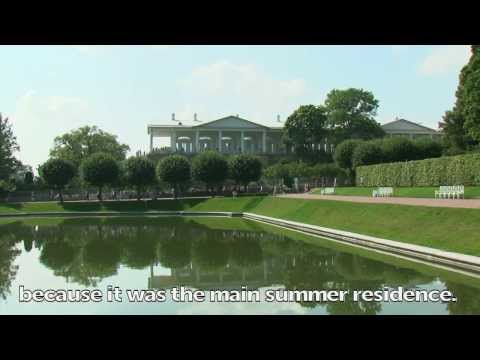 Take a short drive to the city center while your guide introduces you to the history of St. Petersburg. You’ll stop on the Spit of Vasilievsky Island for an opportunity to take in the views of the Neva River, the Rostral Columns, the Winter Palace and other buildings of the Hermitage Museum, as well as St. Peter and Paul Fortress, situated right across the river. You’ll a drive along the Neva River embankments, passing the St. Peter and Paul Fortress.


Take a guided tour inside St. Isaac’s Cathedral, one of the largest cathedrals in Europe. The interior of the cathedral is richly decorated with different kinds of marble, malachite and other semiprecious stones. Enjoy lunch in the city and drive to the historical town of Pushkin and the Egyptian Gates, the entrance to the Tsar’s Village. Catherine’s Palace in the Tsar’s Village ranks as one of the masterpieces of world art.


From the time the palace was built until the time of the last Russian Tsar, Tsar’s Village was used as the summer residence of the Royal Family. In 1756, Bartolomeo Rastrelli expanded Catherine’s Palace in Baroque style. Your guided palace tour takes you through a series of magnificent rooms, including the famous Picture Gallery and, of course, the Great Hall. The parks of the estate add to the splendor of the palace, and several of them are embellished with a number of charming pavilions. The town of Pushkin is famous not only for its remarkable palace and parks, but the man it was named after. Since 1937, it has been named after Alexander Pushkin, the most celebrated poet in the country and a resident of this town at the beginning of the 19th century. You'll also have some free time for shopping on this tour.

Note: This tour is not recommended for persons with walking or climbing difficulties. There are long walking distances through the gardens and palace. Catherine’s Palace is not wheelchair accessible due to the steep staircase and no elevators. Expect congestion and waiting at attractions.

Tours with this activity level involve a considerable amount of physical activity such as substantial walking over cobblestone streets, uneven or steep terrain, climbing stairs, or extended periods of standing. Not recommended for guests with physical limitations. Comfortable, sturdy shoes are recommended.
Have Questions About Your Shore Excursions?
We're here to answer them. Call us at the number below to speak with a Shore Excursion Specialist.
00800 0310 21 21
00800 0310 21 21
Dolphin Swim Adventure
Cannes Walking Tour
Back to top