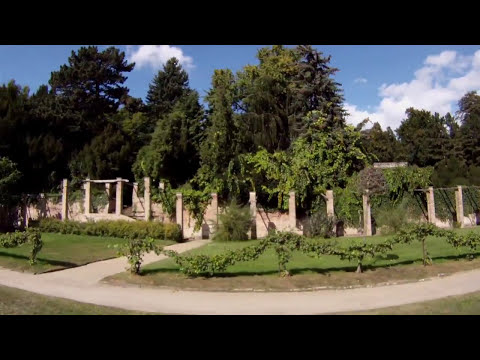 Board your exclusively chartered standard train for an approximate 2 1/2 to 3 hour journey to Berlin. While relaxing and watching the German countryside pass by, you’ll be served a light snack. Upon arrival at one of Berlin’s suburban train stations, your local tour guide will welcome and assist you to board your coach. During your panoramic tour of colorful Berlin, you’ll stop at a remnant of the Berlin Wall and the famous former border crossing, Check-Point-Charlie. From here you'll continue to the Brandenburg Gate, which more than any other monument symbolizes the German and European reunification. Close by you'll pass the Reichstag government building and the newly erected Holocaust Memorial. Drive along the Kurfurstendamm, Berlin's version of the Champs Elysees and pass the Kaiser Wilhelm Memorial Church before you circle the Gendarmenmarkt, home to the German Dom and French Dom.


Before starting the second part of your exciting tour, you’ll stop for lunch at one of the local restaurants. After lunch, continue your tour to Potsdam. Upon arrival at Potsdam, enjoy a panoramic tour of this capital of the Brandenburg State, with its Baroque city center and numerous palaces. Your next visit will be to the magnificent centerpiece of Potsdam and summer residence of Frederick the Great, the Palace of Sanssouci, set above six vineyard terraces and one of the most beautiful remaining examples of French-Prussian Rococo architecture. Depart this UNESCO World Heritage Site across the Glienicke Bridge. Here is where spies were swapped between the American and the Soviet sectors during the Cold War. From there you proceed back to the train station in Berlin for your return journey to Berlin.

Note: All palaces will be visited from the outside only. This tour is only offered on sailings calling Rostock, Germany.