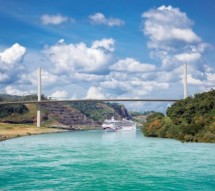 Norwegian Cruise Line, the innovator in global cruise travel with a 53-year history of breaking boundaries, opened for sale a wide-range of winter 2022 – 2023 worldwide cruises for 13 of its 18 ships, providing travelers with a wide array of warm-weather destinations to choose from for their next cruise vacation.

In addition, Latitudes Members will receive an exclusive limited-time offer available on all ships and all destinations. The limited-time offers include 15% off cruise fares plus Bonus Latitudes Points for Latitudes Members. In addition, and for a limited time only, all guests can book all FIVE Free at Sea Offers including Free Open Bar, Free Specialty Dining, Free Excursions, Free WiFi and Free Kids — a $2,900 value.

From eight- to 21-day sailings transiting the impressive Panama Canal; Caribbean voyages offering calls to the enhanced Great Stirrup Cay, the Company’s private island resort in the Bahamas; and sailings out of the West Coast on Norwegian Bliss and Norwegian Joy, the industry’s largest and newest ships cruising the Mexican Riviera, the variety of itineraries offer experiences that appeal to everyone. 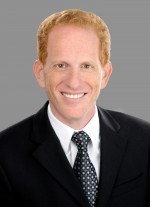 As we all continue to daydream of our next cruise vacation, we are excited to open for sale new itineraries for those eager to visit a tropical destination or dive into cultural experiences through one of our Extraordinary Journeys. We are very hopeful we will resume operations soon but for now, our new itineraries will allow travelers to start planning ahead for their next vacation.

The new cruises offer a selection of Extraordinary Journeys – a collection of longer, one-of-a-kind port-rich voyages, that inspire a sense of discovery and broader connection with places around the world.

From October 2022 through March 2023, the Company will offer a variety of itineraries ranging from eight to 21-day voyages traversing the Panama Canal on Norwegian Encore, Norwegian Jewel, Norwegian Pearl, Norwegian Bliss, Norwegian Gem and Norwegian Joy. The ships will visit popular destinations in the Caribbean and Latin America.

Sailing out of the West Coast between Los Angeles and San Diego, guests can take in the beauty of the Mexican Riviera with a mix of five, seven and eight-day roundtrip voyages between Norwegian Bliss, Norwegian Joy and Norwegian Jewel beginning Oct. 30, 2022, through April 16, 2023.Notable Voyages

From Dec. 23, 2022, through April 8, 2023, Norwegian Getaway will sail select eight-day cruises to the Bahamas and Florida from New York which will include calls to Port Canaveral, Fla.; Nassau and Great Stirrup Cay, Bahamas. Beginning Jan. 20, 2023, through May 29, 2023, Norwegian Sky will sail three and four-day roundtrip cruises from Miami, calling to Freeport, Nassau and Great Stirrup Cay, Bahamas.

In November 2022, Norwegian Joy will offer guests a winter escape to Bermuda on five and seven-day roundtrip cruises from New York featuring overnight stays at the Royal Naval Dockyard. Norwegian Getaway will also offer a selection of five-night voyages in December 2022, February and March 2023.

For a complete list of the new itineraries, visit www.ncl.com.