Pioneer of the modern cruise industry passes at age 91. In his honor, the company to dedicate section of its new terminal at PortMiami. 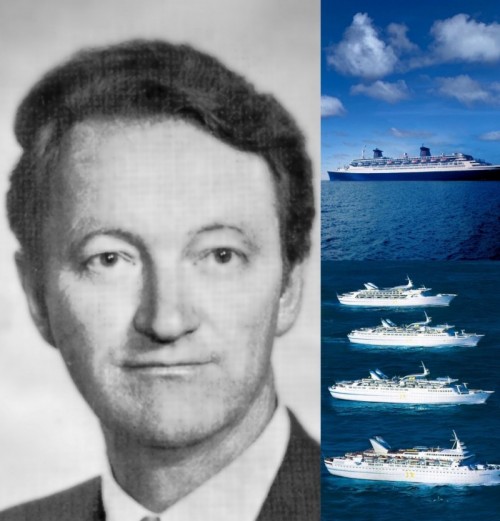 Norwegian Cruise Line Holdings Ltd. (NYSE: NCLH) solemnly marks the passing on Sept. 20, 2020 of one of its founders, Knut Kloster, at the age of 91. In his honor the Company will dedicate a section of its yet-to-open terminal at PortMiami in Miami, Fla. and introduce an annual team member recognition award in memory of his humanitarian, environmentalist and innovative spirit.

"We are incredibly saddened by the loss of the visionary who not only brought our Company, but our industry, to life," said Norwegian Cruise Line Holdings President and CEO Frank Del Rio. "Knut was a pioneer in our industry and certainly ahead of his time, exploring every opportunity to be at the forefront and break boundaries. His passion went beyond cruising with contributions to social, cultural, humanitarian and environmental causes worldwide."

Kloster's influence on the Company and the industry is profound. Starting in 1966, he tapped into America's growing demand for international travel by offering roundtrip cruises from the then-nascent Port of Miami on the 550-passenger M/S Sunward, in the process creating the modern cruise industry we know today. His innovations continued, founding the industry's first private island in Great Stirrup Cay and launching the industry's first mega-ship in the Caribbean with the SS Norway.

Born in Oslo, Norway in 1929, Kloster became head of his family's shipping company at an early age. In an effort to diversify, he expanded operations to include a passenger ship to sail voyages in Gibraltar and Morocco which were complicated by geopolitical events in the region. He would receive a fortuitous communication from one Ted Arison, inviting him to come to Miami to inspect the facilities and perhaps reposition his M/S Sunward to the Caribbean. Norwegian Caribbean Lines was soon formed and in December 1966, the first voyage from Miami, FL to Nassau, the Bahamas departed, ushering in a new era of cruising.

Despite being a titan of the industry, he was most renowned for his extraordinary character; he espoused an unwavering belief that lasting commercial success rested in social and environmental responsibility as much as in financial accountability.

In addition to his deep appreciation and care for the environment, Kloster was a humanitarian. With crews hailing from multinational backgrounds, he developed a culture of inclusion and understanding on board his ships. For his efforts, he received permission from the United Nations to fly its flag atop SS Norway's mast.

Knut Kloster's legacy lives on throughout the cruise industry with every new vessel that is launched and every new innovation that is introduced. It is with great pride and a tremendous sense of responsibility, that we carry on with the vision he created many years ago. The design for the Pearl of Miami, our iconic, state-of-the-art terminal at PortMiami, took inspiration from the "white ships" that defined our Company's growth in the late 1960s, so it is only fitting that we dedicate the main hall of the Pearl of Miami as Kloster Hall in his memory. Mr. Kloster's biggest contribution to our Company and the industry was his penchant for innovation and I am proud to establish the Knut Kloster Team Member Award for Innovation, a $10,000 award to be presented annually to a shipside or shoreside team member who has consistently demonstrated our Company's ideals of innovation.