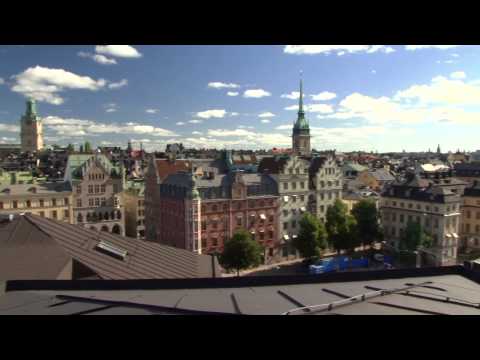 Visit Stockholm’s oldest and coziest quarter, the old town of Gamla Stan. Witness the historic elegance of the exterior of the dominating Royal Palace, and travel through the narrow, twisting alleys and cobblestone streets. You’ll also see Stortorget and the Great Square, the hub of the Old Town, dominated by the old Stock Exchange, today housing the Nobel Museum and the Swedish Academy. Rejoin your coach and continue through the city center and on to the Nordic Hotel in the heart of the city, where the world’s first permanent ice bar is located. The interior is kept at -5° Centigrade all year round. The whole interior, including glasses, is made of pure, clear ice from the Torne River in Northern Sweden.


A complimentary drink in an ice glass will be served and the staff will tell you more about the bar and its construction. After a tasty drink, you’ll drive to Djurgarden, a favorite getaway spot for Stockholm residents. In the Vasa Museum, you’ll see the Swedish warship ‘Vasa’, once considered the pride of Sweden’s navy. The present museum is built around the restored 17th century warship, which sank in Stockholm’s inner harbor on her maiden voyage in 1628. Its salvage in 1961, with more than 12,000 objects on board, is one of the most important events in marine archaeology.

Note: You’ll spend approximately 25 minutes in the ice bar. Depending on the licensing laws, non-alcoholic drinks will be served if the bar is unable to offer vodka. Tour sequence may vary in order to avoid congestion at the venues. There are cobblestone streets in the Old Town. You’ll have some free time for lunch on your own in the Old Town or City Centre.

Tours with this activity level involve a considerable amount of physical activity such as substantial walking over cobblestone streets, uneven or steep terrain, climbing stairs, or extended periods of standing. Not recommended for guests with physical limitations. Comfortable, sturdy shoes are recommended.
Have Questions About Your Shore Excursions?
We're here to answer them. Call us at the number below to speak with a Shore Excursion Specialist.
0333 2412319
0333 2412319
Hop On Hop Off
In The Steps of St. Patrick
Back to top