Boarding Pass for One: Over a Third of Brits Prefer Solo Trips to Holidaying with Other People

Three in ten have booked a solo trip for 2023

Top reasons cited for ‘going it alone’ include having more time to explore (20%), the chance to ‘rediscover yourself’ (33%) and not needing to endure a fellow traveller’s snoring (18%)

Solo travel is climbing in popularity, with many people choosing to leave friends or family at home and go on a trip by themselves. Over one in three travellers (37%) claim they prefer to go it alone, and three in ten (31%) have already booked onto a solo holiday for 2023.

According to research commissioned by Norwegian Cruise Line (NCL), the leading innovator in global cruise travel, two thirds of people have indulged in a solo trip before, with the top reasons for doing so being to simply have a break (33%) or treat themselves (30%). Almost one in five (17%) booked a holiday to reconnect with themselves after a break-up. Not having to put up with annoying habits such as snoring from fellow travellers (18%) and no risk of drama or fallings out (17%) were revealed as some of the top perks of travelling solo.

Although there are clear positives, many still enjoy being sociable with other holidaymakers, with 29% claiming they’re still good friends with fellow travellers they met on vacation. The study of 2,000 adults further revealed that for a third (34%) of Brits who are yet to travel alone, a cruise (19%), a relaxing getaway (28%) and a city break (27%) score high on wish lists.

Gary Anslow, Head of UK and Ireland Business at NCL, said, “We can see from the survey that enjoying the beauty of travel on your own enables a truly authentic experience and provides for self-discovery and growth. Plus, meeting fellow solo travellers can even lead to long lasting friendships.” 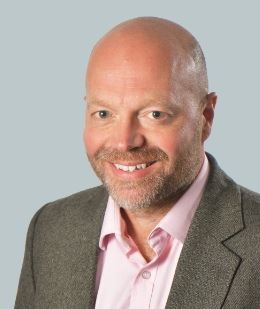 We can see from the survey that enjoying the beauty of travel on your own enables a truly authentic experience and provides for self-discovery and growth. Plus, meeting fellow solo travellers can even lead to long lasting friendships.

NCL was the first cruise line to launch its award-winning Studio concept back in 2010, designed and priced exclusively for solo cruisers - and created as a stylish space to escape and connect with other solo travellers. The Studio complex can be found on nine ships within the NCL fleet sailing to some of the most sought-after destinations worldwide including Hawaii, Alaska, the Caribbean and Europe.

In 2023, Norwegian Viva, the second ship in the Brand’s ground-breaking Prima Class, will provide solo guests with 73 Studio cabins, all with exclusive access to the Studio Lounge, a shared private area where they can socialise with other solo holidaymakers and swap travelling tales. Those cruising on their own will have the flexibility to enjoy the plethora of onboard activities ranging from the world’s first and only three-storey racetrack to Broadway-style entertainment and 17 different dining options either by themselves, or with friends they’ve met on their trip.

Norwegian Viva will sail through the Mediterranean later this year, homeporting in key Southern European port cities including Lisbon, Portugal; Venice (Trieste) and Rome (Civitavecchia), Italy; as well as Athens (Piraeus), Greece. She will then voyage to the Southern Caribbean for her 2023-2024 Winter Season, offering sun-kissed solo getaways from San Juan, Puerto Rico.

Boarding Pass for One: Over a Third of Brits Prefer Solo Trips to Holidaying with Other People