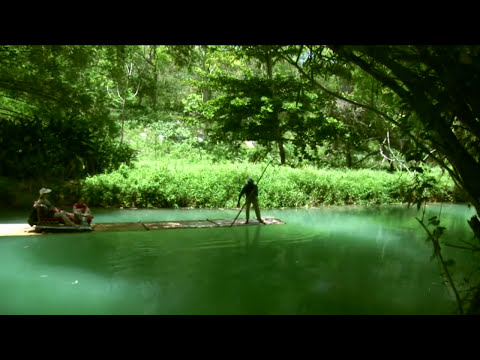 When Christopher Columbus arrived in Jamaica in 1494, the Spanish settlers established a capital and called it New Seville in homage to the celebrated Spanish city of the same name. Your tour will take you through St. Ann’s Bay, a town juxtaposed with the spot where Jamaica’s first capital once stood. St. Ann’s Bay boasts a statue of Columbus which you’ll see during your drive through town. The drive along the coast will take you through Runaway Bay where some of the last Spanish settlers fled after the British captured the island. After a scenic drive passing seascapes and mountain ranges you’ll arrive at your destination, the Martha Brae River.


Your raft Captain will tell you the tale of Martha Brae, the magical Indian maiden whom the Spanish colonists tortured to reveal the location of a secret gold mine. She ultimately succumbed to her tormentors and led them to the mine. En route Martha summoned her magical powers to transform the river, drowning the Spanish soldiers and herself as well. Legend says that her ghost still guards the entrance to the mine to this day. Ponder the legend as you glide downstream this 90 minute tranquil river ride.

Note: Participants must be at least 3 years of age and must be able to get on and off the raft. Maximum weight per raft is 540 lbs.

Tours with this activity level involve walking over relatively level terrain, possibly some cobblestone, gravel, or a few steps. Comfortable shoes are recommended.
Have Questions About Your Shore Excursions?
We're here to answer them. Call us at the number below to speak with a Shore Excursion Specialist.
+47 21 95 62 10
+47 21 95 62 10
Balmoral Island Dolphin Swim & Beach Day
Barcelona Hop-On Hop-Off (Intransit)
Back to top