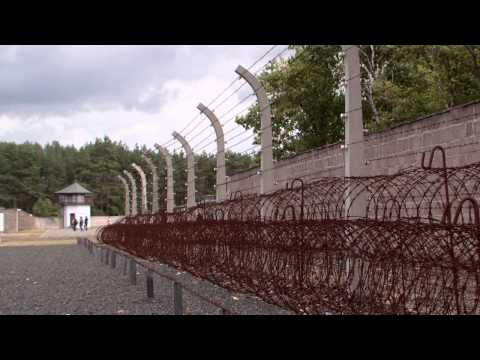 Board your exclusively chartered standard train for an approximate 2 1/2 to 3 hour journey to Berlin. While relaxing and watching the German countryside pass by, you’ll be served a light snack. Upon arrival at one of Berlin’s train stations, your local tour guide will welcome and assist you to board your coach. Your panoramic tour of Berlin will include passing by Bebel Platz, where below the ground level lies the Empty Library; remnants of the Berlin Wall; the famous former border crossing, Check-Point-Charlie; the Brandenburg Gate, which more than any other monument symbolizes the German and European reunification; the Reichstag government building; Berlin’s Protestant cathedral with its Neo-Baroque interior and massive dome; Haeckesche Hoefe, a building complex built by Jewish idealists in 1906-07 with elegant ceramic facades, and which today symbolizes Berlin’s new center having miraculously survived two wars; and the New Synagogue, Berlin’s most prominent Jewish landmark.


Stop at the Holocaust Memorial, the ‘Memorial to the Murdered Jews of Europe’, which is a central place for remembrance to the murdered victims and a place of warning. After lunch at a traditional German pub-style restaurant, start the second part of your tour heading for the infinitely more somber and one of the most chilling destinations, the former Nazi Concentration Camp at Sachsenhausen, a memorial just north of Berlin. About 6,000 Jews were forcibly brought here after Kristallnacht alone, and it was here that some of the first experiments in organized mass murder were made. The scale of the terror remembered here can be very disturbing, however, simply by visiting here you can help change the future; as Winston Churchill put it, “the further backward you can look, the further forward you are likely to see.”

Note: This tour is only offered on sailings calling Rostock, Germany.