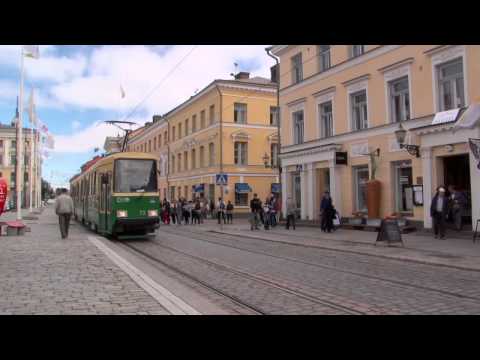 Discover the main sites of interest in Helsinki, also known as the 'White City of the North.' Along the way you’ll pass Embassy Park and the Uspenski Orthodox Cathedral with its brilliant gold onion domes. Continue on to Senate Square and see important buildings attributed to the Neo-Classic architect Carl Ludwig Engel, including the famous Lutheran Cathedral. You’ll pass the open-air market on your way to the Olympic Stadium where the 1952 Olympic Games were held. Then it’s on to Sibelius Park where you can photograph a monument honoring the great Finnish composer Jean Sibelius.


Pass by the Opera House and then stop to see the Temppeliaukio Rock Church, a unique house of worship blasted into solid rock and topped by a copper dome. Then it’s on to Mannerheim Street, Helsinki’s main thoroughfare, and other important landmarks. At the end of the tour, you can get off in the downtown area to explore the city on your own or return by your bus to the cruise pier. Should you decide to remain in the city, you’ll be responsible for your own return to the cruise pier. This option is only available for morning departures.

Note: Order of sights might vary. Guides are not allowed to escort large groups through churches while a service is in progress. In this instance the guide will describe the church from the outside. We cannot guarantee entry if services are being held. Due to new traffic restrictions, buses will no longer be allowed to drive nearby the rock church; therefore, there will be a 20 minute walk to and from the church (approximately 1,600 feet).