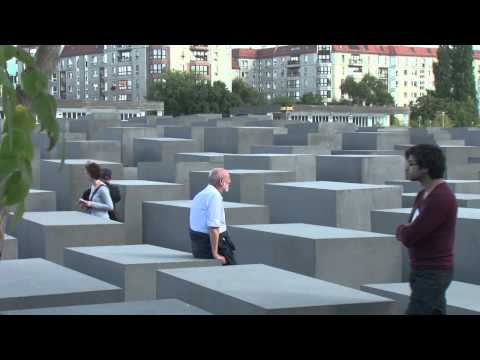 Board your exclusively chartered train for your journey to Berlin. Upon arrival, you'll depart on an exciting tour, covering the top ten highlights of this bustling city. Depart the pier and take a short walk to the train station to your chartered standard train for an approximate 2 1/2 to 3 hour journey to Berlin. While relaxing and watching the German countryside pass by, you’ll be served a light snack. Upon arrival, you’ll be met by your local tour guide and transfer to a coach.


You exciting city tour of Berlin will cover the top ten highlights of the city. Photo stops will be made at the East Side Gallery, a 3/4 mile section of the Berlin wall, Checkpoint Charlie and at the Bebelplatz, one of the most beautiful squares in the city. You’ll pass by Potsdamer Platz where the first hole in the Berlin Wall was made and which today is a block of glass and steel skyscrapers. At the Holocaust Memorial, you’ll have another opportunity for a photo stop before making your way over to the Brandenburg Gate.


After enjoying a traditional German pub-style lunch at a local restaurant, you’ll have an outside visit of Charlottenburg Palace, the oldest surviving Prussian palace. You’ll drive into the former western part of Berlin, where you’ll pass by the Kaiser Wilhelm Memorial Church and see the Victory Column commemorating the Prussian victories. Depending on the order of the tour and timing, you’ll have the opportunity to spend some leisure time, before transferring to the train station for your return journey.

Note: The train is not air-conditioned. The order of sights may vary.

Tours with this activity level involve a considerable amount of physical activity such as substantial walking over cobblestone streets, uneven or steep terrain, climbing stairs, or extended periods of standing. Not recommended for guests with physical limitations. Comfortable, sturdy shoes are recommended.
Have Questions About Your Shore Excursions?
We're here to answer them. Call us at the number below to speak with a Shore Excursion Specialist.
0800 969 283
0800 969 283
Pearl Harbor & USS Missouri (Airport Drop Off)
Best of Tenerife
Back to top