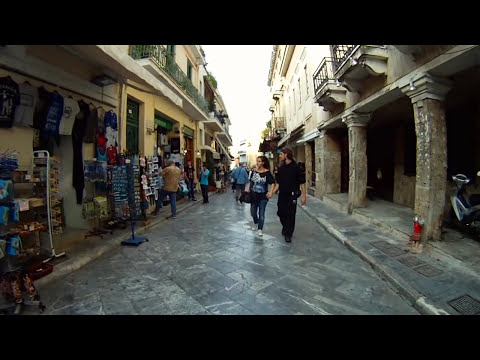 Drive through the picturesque marinas of Zea and Microlimano in Piraeus as your tour heads to the center of Athens. You’ll have the opportunity to admire some of the most important sites of Athens such as Constitution Square, the Monument of the Unknown Soldier, Temple of Zeus, Royal Palace, and the Old Marble Olympic Stadium. The Acropolis is one of the most photographed and recognizable hills in the entire world. Sights include the Propylaea, Temple of Apteros Niki, Erectheum and Architectural Triumph of the Parthenon.


Afterwards, you’ll have free time to wander around the picturesque streets of Plaka, the old preserved district of Athens with numerous art and craft shops, restaurants and cafes. You’ll have plenty of free time for shopping or to independently enjoy Greek specialties at one of the traditional colorful taverns. After your wanderings at the old district of Athens, board your coach from a designated point at a set-up time for your return to the pier.

Note: The Acropolis is explored on foot and requires approximately two hours of walking. There are some 75 steps at the entrance and in certain locations the marble is uneven and slippery. During summer months and when there are many ships at the port of Piraeus, expect extreme overcrowding at the sites with possible waiting time to enter, especially at the Acropolis. Temperatures can reach extreme highs during summer months; we recommend that you drink a lot of water and use suitable sun protection.

Tours with this activity level involve physical exertion for extended periods of time; can involve uneven or steep terrain or swimming in a light current. Recommended only for physically fit and adventurous travelers.