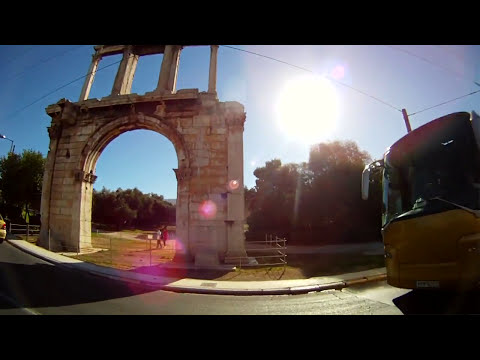 Your drive from Piraeus will pass by the Zea and Microlimano Marinas on your way to Athens. Your first stop will be the Old Marble Olympic Stadium, reconstructed in the 19th century on Roman foundations. This is where the revival of the games took place in 1896. After you pass by some of the most important sites of Athens including the Royal Palace, Constitution Square and the Monument to the Unknown Soldier, you’ll arrive at Acropolis Hill with a spectacular view of the Parthenon and the glorious monuments of the Acropolis.


Your tour continues to the New Acropolis Museum, which is an archaeological museum focused on the Acropolis findings. The museum was built to house every artifact found on the rock and on its feet from the Greek Bronze Age to Roman and Byzantine Greece. It also lies on the archaeological site of Makrygianni and the ruins of a part of Roman and early Byzantine Athens.

Note: There is approximately 1/4 mile of walking and approximately 20 steps on this tour. During summer months, expect extreme overcrowding at the sites with possible waiting time to enter. Temperatures can reach extreme highs, we recommend that you drink a lot of water and use sun protection.